With an odd 3.7kg of my last batch of Weyermann Pilsner malt in my cellar and a three-month-old pack of Wyeast 1762 Belgian Abbey II in my refrigerator, I decided it was time to brew up a small portion of the beer style that I return to most often, with the most variable results – the Strong, Dark Abbey Ale.

This was my fifth attempt to realise this style. My first three resulted in an excellent bière de garde; a strange Abbey Ale-Stout hybrid (one of which still sits in my cellar, waiting to be consumed on its third birthday in a month’s time); and an excellent Tripel which, to this day, perhaps remains my homebrewing masterpiece.

As you may be able to tell from that list, colour has been the big challenge. Achieving the authentic, lustrous bronze of a Rochefort 10 through caramelised sugars rather than roasted malts, while avoiding an overly-dry or fusel-soaked flavour, is an exceptionally accomplished art.

My fourth attempt, created to sell at a friend’s charity fair, was good enough to be the thumbnail icon for the Pursuit of Abbeyness website – and, incidentally, to sell out at the fair. Here is what I wrote about it back in June last year:

I tweaked the malt colouring up slightly with 200g of a mix of Special B and Caramunich III, and 100g of Chocolate malt; I added some wheat to encourage a nice fluffy foam; and I went for broke with the sugar, caramelising 2.5kg of brown unrefined cane sugar for almost 90 minutes, until it was a profound, sticky bronze.

This was a qualified success. I was now approaching the right colour, and the flavour was showing more of the rum and figs characteristic of a dark abbey ale. Some of the elegance of the “Tripel” had been sacrificed to get there. Time will tell whether this beer’s youthful infelicities can evolve into well-rounded adulthood: after nine months in my cellar, it will soon be time to try a little more. In any event, I feel that any further steps that I take towards Trappistes Rochefort 10 will now be improvements upon this recipe, rather than entirely new directions, and that is why I gave it the name “Pursuit of Abbeyness XII”.

We tasted some a couple of weeks ago and it is indeed approaching well-rounded adulthood. Its slightly metallic aroma now softens into almond and marzipan as it warms in the glass, and the flavours include rum, figs, almond and a hint of orange zest. The subtle spicy and dry finish is quite reminiscent of Chimay Bleue. As you can see, the foam sits like a huge cloud on top of the beer, powered by its wheat proteins and chaptalized sugar. 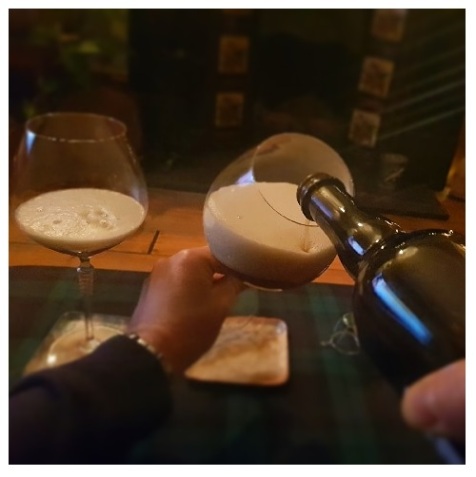 The fifth iteration, brewed this weekend, was really a bit of a practice run for a planned open brewhouse at Pursuit of Abbeyness in March, with a few friends from work. Stay tuned for that! I wanted to have one more go at deepening the colour, but also achieving a slightly higher level of residual sweetness to counteract this style’s dry chaptalisation flavours.

To that end, I brought the overall proportion of caramelised sugar down a little, but substituted some of the brown unrefined cane sugar for black, sticky molasses. I slightly increased the proportion of Chocolate malt and added a touch of Roasted Barley. For residual sweetness I used Crystal 100 malt and allowed the starting gravity to creep up to 1.108 degrees. 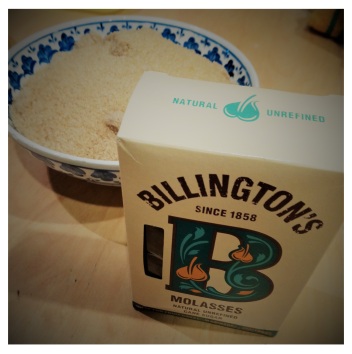 The wort certainly has the right colour, now, although background coffee bitterness makes me concerned that I may have taken it back over the Stout threshold again.

As always, time will tell!

This brew went perfectly to plan. After a week of primary fermentation specific gravity had dropped to 1.022, and a further five days of rest gave the beer a finishing gravity of 1.020: an ABV at 11.5% with some good residucal sugars left for sweetness.

The beer had three weeks of bottle conditioning before the first taste, and I am pleased to say that the result is exactly as intended. There are virtually no dark-malt flavours or aromas; molasses and rum predominate, with a hint of isoamyl acetate that I am confident will evaporate and oxidise out relatively quickly; the finish is boozy and sweet, with a hint of warming spice, but the alcohol is well-hidden and has no harshness at all, even at this early stage in the beer’s storage life. As noted in the comments section below, I may experiment with adding the spices at flame-out with my next batch, but, essentially, I think I have finally arrived at my favoured recipe for Strong, Dark Abbey Ale. 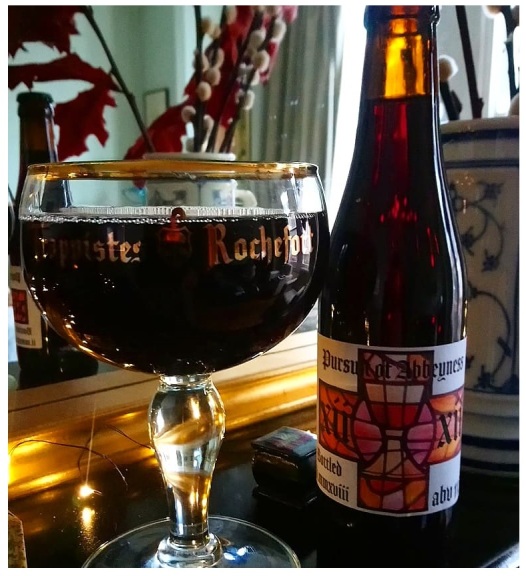