Brew day is normally a time of soul-cleansing hard work or quiet meditation, as liquor and wort boils, and gradual chemical and biological processes get underway.

But with a couple of friends to lend a helping hand it can also be a hospitable time of aimless conversation, mutual admiration of shiny brewing equipment, and shameless indulgence in good beer, cheese and ham.

Such was my long, rewarding Sunday this weekend, when work colleagues Jon (a Chicago-native beer hunter) and Max (an Englishman with a fascination for all things traditional in food and drink) joined me to brew a Double India Pale Ale. Saturated with juicy, resinous American hops, it will be called “Pacific Northwest”.

This is not to say that the day was devoid of hard work or, more fittingly for a Sunday, serious meditation.

It gave us an opportunity to reminisce about the ale-hunting expedition the three of us mounted, to Brussels, in the run up to last Christmas. And, while two of us prayed for the mash and sparge to pass off efficiently, our companion left, temporarily, to make his regular prayers to a far more forgiving God.

“Pacific Northwest” is named in honour of the hop-growing states of the US, and reflects the fact that this beer will ooze with the citrus bitterness of Simcoe, Amarillo and Chinook, on a simple background of pale malts.

There is one very considerable problem with this. I live and brew with tap water in South London. This may well contribute wonderfully to the health of my bones. It even benefits the dark-malted beers that I occasionally make. But it plays havoc every time I try to brew a well-hopped pale ale. Why? Because the Battersea South water that comes out of my taps averages 252 parts per million of calcium carbonate (CaCO3).

In brewing terms, that’s almost off the scale. The enzymes in a mash work best if the pH is around 5.0-5.2. Raise that above 5.5 and enzymatic activity declines rapidly. The roasted malts used for Porters and Stouts are highly acidic, which makes them ideal for brewing with this highly alkaline water. That’s one reason why Porter – jet black and sparingly-hopped – is a beer style born in and still associated with London. But pale malts already have a pH around 6.0, and adding brewing liquor that is already up at 7.7 therefore compounds an already dire situation. In addition, as George Fix puts it in Principles of Brewing Science (Brewers Publications 1999), “highly hopped beers made with highly alkaline water have a biting and crude bitterness”. Sadly, I can vouch for that from (if you’ll forgive me) bitter experience.

Liquor for pale ales should have CaCO3 present at some 30-50 parts per million, a mere fifth of what I get from the water out of my tap. In the past, I have boiled my brewing liquor for 20 minutes before brewing with it. If this helped, it was almost imperceptible. On this occasion, with a barrowload of expensive American hops at stake, I decided to do my calculations and add 36ml of Brupaks’ CRS water treatment before the mash. Admittedly, this remains a rather crude attempt to improve the suitability of my brewing liquor – but let us see what the results will tell us.

The malt schedule was judged to perfection, delivering 64° of specific gravity for an eventual ABV around 7-8%. We experimented successfully with an ice bath to crash-chill the wort. In all other respects brew day for “Pacific Northwest” was, thankfully, unremarkable.

The same cannot be said for lunch on brew day!

In between sparges I rustled up some succulent Italian and Spanish Iberico ham, with a salad of tomatoes and green leaves. Jon turned up with an excellent, hop-forward Golden Ale from Brouwerij Van Eecke in Watou (now Leroy Breweries after a merger with Brouwerij het SAS), called Poperings Hommelbier. Named after the hopfields of West Flanders, it brought back memories of strolling to Saint Sixtus Abbey to try the famous Westvleteren beers. I followed its lead in naming the beer we ourselves were brewing.

Is he a Belgian? No he’s a Londoner!

Max, meanwhile, had not only brought along some Belgian-style ales from our South-London neighbours Gipsy Hill Brewing Company, but also a magnificent haul of English cheeses, including a blue cheese, a melting, oozing, washed-rind cheese, and a superbly nutty and ruddy hard cheese.

This proved an unmissable opportunity to stage the first tasting of my previous brew, the peanut-butter Stout, “A1 Nut Job”. The 14% fat content of the PBFit powder that went into this beer – all one kilogram of it – meant this was never going to be the most sparkling of drinks. Notwithstanding the substantial amount of wheat and oats that went into the mash, carbonation was very low and the foam thin and fleeting. This is not out of keeping with the style, however, and when present the foam had a pleasing peanut-brown colour that complemented the beer’s subtle aroma.

That subtle peanut continued onto the palate, joined by bitter espresso coffee and chocolate from the carafa and chocolate malts, all very nicely set-off by a good amount of residual sweetness. Some blueberry fruit was evident, too, which might age well over a year or so as long as that ageing process does not react badly with the fat content. The mouthfeel, which was grainy and oily a few days into primary fermentation, was now silky-smooth.

Reader, the beer drinking did not end there.

Later, as the hop-impregnated wort boiled and Roger Federer toiled to a record-breaking Wimbledon title, we popped open a celebratory, golden Saison Dupont from my cellar, truly heaven’s lawnmower beer.

In short, we ate and drank like the mythical Brewer-Kings of yore, each one of us a gorging Big City Gambrinus.

Sunday wasn’t all eating, drinking, brewing, and church-going. We also found time to recall our trip to Brussels in November last year.

This two-day lightning raid on Europe’s capital city was pretty beer-focused. I mean to say, we took a pause to buy some Christmas chocolates and see some sites, but most of our time was spent drinking beer, buying beer or looking for beer.

The Grote Markt ready for Christmas

Every stop we made was a highlight. We enjoyed a fabulous range of ales at Moeder Lambic Fontainas on our first night, accompanied by huge platters of ham, cheese and bread. The cosy warmth of Poechenellekelder, where dozens of marionettes watched over us as we perused the quite literally book-length seasonal beer supplement, nursing an opening salvo of sticky, liquorice-laced Carolus Christmas, was a winter evening distilled. The art deco splendour of Mort Subite may be somewhat touristy, but it is still essential. And our farewell lunch at the superb Nüetnigenough, where we enjoyed hearty, no-nonsense food paired with an unusually thoughtful beer menu, challenged us to think of a more aptly-named restaurant.

A rarity and two firsts in Brussels

It was at Nüetnigenough that I found Reninge Oud Bruin, an intriguing, acetic Flanders Brown Ale from an enterprise so tiny that it barely makes the “Hobbyist” section of Tim Webb and Joe Stange’s CAMRA Good Beer Guide Belgium (CAMRA Books, 2014). Elsewhere I had my first taste of Girardin’s “Black Label” Fond Gueuze, with its very full body and exceptionally juicy grapefruit attack; and of Brasserie De Ranke’s exceptional Tripel, Guldenberg, miraculously massive and feather-light at the same time, simultaneously honeydew-melon sweet and elegantly bitter.

Finally, it goes without saying that no troop of beer lovers could visit Brussels without a pilgrimage to the bustle and grime of Anderlecht, and the hybrid of Lambic brewery and living museum that is Brasserie Cantillon. 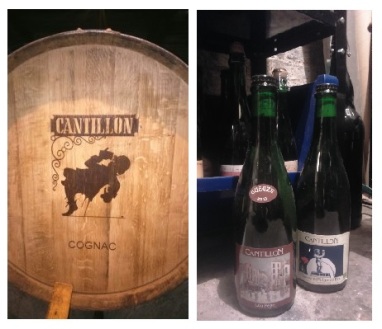 The rows of bottled Gueuze, the cobweb-strewn barrels filled with ageing Lambic bubbling forth gobbets of spume, the ancient brewing kit, and, of course, the astonishing work of art that is the brewery’s copper koelschip up in the eaves, came together to make this the most captivating place for my companions, who were on their first visit to this unique beer destination.

It still captivates me, and I have dropped in three times, now. Mind you, it has to be said that this was third time lucky. On previous visits the shop has been bare of the rarer examples of the brewery’s art. On this occasion, I was thrilled to see that bottles of 2013 Gueuze “Lou Pepe” were on sale, “the highest peaks of this highest of ranges”, as Webb and Stange memorably put it. I claimed my (regulation-limited) pair of bottles in exchange for a ludicrously small amount of cash, and jealously stashed them into my suitcase, already half-filled with a trawl of booty for my cellar back in London.

And there they sit today, out of sight, awaiting their moment. That moment will come in perhaps three or four years’ time… when the last drop of “Pacific Northwest” will have been dispatched, long, long ago, into the welcoming arms of homebrew heaven.